Two-and-a-half years ago an Arizona drag queen began practicing old-Hollywood glamour looks while hidden away in her bedroom. Flash forward to 2020, the queen named Trey now has thousands of fans, a cast member spot at a nightclub, and a community she loves. Despite her popularity accumulated from the ground up, in 2020 Trey is now back in that same bedroom of where it all started. Like much of the rest of the world, she’s following stay-at-home orders in response to the novel Coronavirus pandemic. The performer hasn’t let this global quarantine keep her down for long, though. To keep her career going, Trey now broadcasts virtual cabaret performances for the fanbase she’s worked hard to build over the years.

Drag for Trey started as a hobby that combined design and performance components she’s loved since she was a kid.

This hobby eventually led the queen to virtual drag competitions on social media where she built her following and confidence. She now performs three times a week at bars and clubs around Phoenix and is introduced as “The Bearded Burlesque Broadway Babe.”

So when the novel Coronavirus rapidly became increasingly worse in early 2020, the performer didn’t know what would become of her career. The bars and clubs where she performed started to close down. Recommendations to stay six feet away from others were released and, soon, Trey was left without work.

“It all just started happening at once,” she said. “I went from performing two to three nights a week to not performing at all.”

Not only was the drag queen’s career jeopardized because of the virus, but her sense of physical community as well. Trey defines drag as a “visceral connection” between an audience who understands, accepts, and appreciates her art. She said that in-person connections are what now fuel her career whether it’s through bonding backstage with other drag queen friends or with fans who physically give her money while performing. This intimacy with her community, she said, has become a crucial part of drag for her, and is impossible to recreate while practicing social distancing.

“I miss being able to get on stage and make people laugh and smile. I miss connecting with the audience,” she said.

“The social aspect of drag became such a big part of my life and now it’s just gone.”

Despite the toll that the Coronavirus’s quarantine has had on Trey’s career in drag, she now has found a way to keep it going. When more and more drag queens began to go virtual via Facebook Live and Instagram after mandated stay-at-home orders, Trey decided she would, too.

The bearded babe was no stranger to interacting with her fans, though. Before the virus, she constantly participated in live-streams to show the process of getting into drag and behind-the-scenes moments at nightclubs. With her most recent online transition, though, Trey no longer has the big stages, fancy lights, and atmosphere that she’s used to and has had to make big adjustments.

“I want to give people a connection to queer art, queer culture, and drag life from their living rooms”

Her most recent virtual performances have included baking tutorials, painting, and singing while in drag. The queen hopes that her virtual shows can help supplement money lost from not performing on stage anymore. Viewers can expect more cabaret-style comedy performances from the entertainer regularly while the world remains in quarantine and most likely in need of entertainment–or distraction.

As for Trey’s plans after the Coronavirus situation clears up, she is excited to return back onstage with more fun looks to come. She said the recent online experience may have opened new vistas for her to disseminate her art and maintain her virtual following, especially for those who may not be able to attend shows at 21+ clubs and bars.

“It may be different and I may not be able to connect the same way that I can in person, but virtually I can read their comments and see their messages,” she said. “Knowing that I can step into their homes and be an escape for them is the greatest gift.”

For more information on how to support and watch Trey’s future online drag shows, follow her on social media: @praythetreyaway on Instagram and Trey DeGroodt on Facebook. 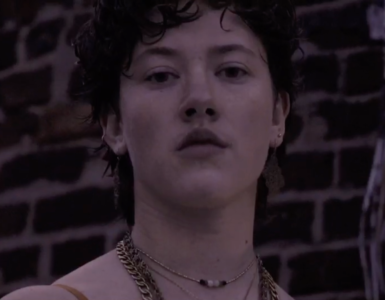 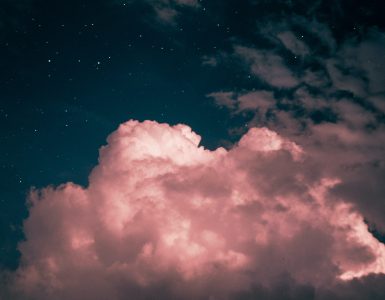 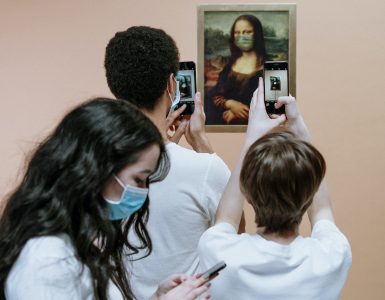 Coronavirus is no Laughing Matter…or is it?

On March 16, Twitter user @bladeweiser tweeted a video of a woman dancing with the caption: “Me after working from home headed to happy hour in my kitchen”. At the beginning of the year, tweets like these may not have...