A Conversation with Alán Peláez López

Sept. 15, Alán Peláez López hosted a two-hour creative writing workshop called Visions for the Future, an event hosted by Women’s Initiative as part of the Black Lives Matter series at AU. The Afro-futurism workshop centered around prison abolition and re-centering joy, pleasure, contradiction, and intimacy. López, author of two books, is a multimedia artist. Their most recent book is called Intergalactic Travels: Poems From a Fugitive Alien, a poetic portrait about growing up undocumented in the United States. Follow them to learn more @migrantscribble.

What advice do you have for queer and/or trans artists who are working through their own fears regarding how their work will be perceived? If you have faced these fears yourself, how do you work to overcome them?

“I think one of the things that is really important for us to know as queer and/or trans creators of color, is that even before we create, our work is already being judged. That’s the difference between being a queer and/or trans creator versus being a heterosexual and cisgender creator. We start with prejudgment. And I think that the person who I have really learned from is Edwidge Danticat. She’s a Haitian writer, and she has a collection called Create Dangerously: The Immigrant Artist at Work, and she says that immigrant artists, all artists of color, whenever we create we are gonna put ourselves in danger. Because we are under the scrutiny of not just the people around us, but anybody who has access to power. So my advice is… whatever you create, from the start, is going to be against power. And two, you’re gonna get questions. What matters is: did you learn something from what you’re creating? Is it what you wanted to create and are you doing it for yourself? A lot of the times, artists of color, particularly queer and/or trans artists of color, they’re forced to make themselves legible to heterosexual and cisgender people. And what does that do, right? That’s not important. That’s not liberatory. So my advice is to create dangerously and to create for yourself and once you’re willing to share it, put it out there. But first and foremost, get it down on paper.”

What advice do you have for young queer and/or trans artists and writers who are currently trying to find their voice, especially first year students experiencing their first semester from their childhood bedroom?

“I would say that two things are really important, particularly during this pandemic and not being able to leave. If you’re in a situation that might be difficult is two things. If you are a creator, it’s very difficult to be honest about those who are supposed to love you and couldn’t love you. And some of the most difficult work is the work that is about writing about the family, right? I highly give people advice to be as honest as possible, because the first step… it’s like, you need to figure out what happened, how people showed up for you and how they didn’t. The second thing is to remind yourself that people who did not love very well may have at one point loved you well. Also remember, when did they love me well and when did they not. The third thing that I would say is to be kinder to yourself. I think that one of the things that I struggled, or that I struggle with as a writer and as an artist is being too critical of myself and always thinking what are other people going to say or what if people disagree with me. Particularly the people that I care about and art is about shifting culture, shifting minds. Sometimes we inherit cultures, that by default, are against us. And it’s okay for us to say, Our culture is f***** up in this way and this is how we can change it. Because we are not counseling, we are not demeaning. We are actually opening possibilities for the people who navigate our cultural space.”

So this question is kind of the opposite end of what today’s workshop is about. Do you have any advice for writers who do want to articulate their trauma through their writing and/or artwork?

“Creators of color who write about their lives are always scrutinized for what people in the literary, in the film world, and in the visual world called navel gazing. Looking at the self and analyzing the self right. Early American literature, it was all navel gazing and, you know, 18th century British literature. All navel gazing. So if they can do it; we can do it too. I think that writing about our traumas and our conditions is incredibly important. And I think that we have to do it. But that is for ourselves and then if we share, it is another thing. Not everybody deserves our stories, and to believe that everybody deserves our stories, it’s a white supremacist framework, because under white supremacy we are always expected to explain ourselves to others. So as racialized, as gendered creators, we need to tell our stories for ourselves but we don’t have to share with everyone. We can be selective, and that’s the thing we should be very selective, because the way that social media and new media works is that they just want body counts of like, ‘Oh, you inserted race. Oh, you inserted gender. Oh, you inserted sexuality.’ But it might be done wrong or poorly, then mass produced. I don’t care about representation. I don’t care about diversity. I care about if the story is honest, is the story nuanced and is the story for me, not necessarily if it fits all these boxes of things that have already been done.”

What do you see for the future for what it means to be able to express as a queer and/or trans individual?

I am a senior at American University and the current editor-in-chief. I study journalism and international relations. Starting Visible in 2019, in hopes of creating a safe space for queer & trans creators to come together, has been a dream come true. I continue striving to build this platform for my community. When I am not working on Visible, I am usually either with family/friends or writing/creating something! Feel free to email me with any questions: Rh6999a@student.american.edu 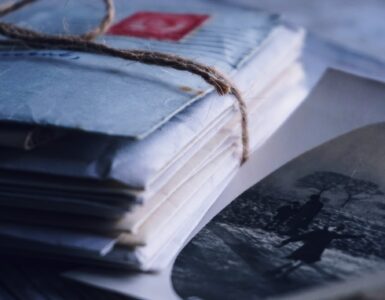 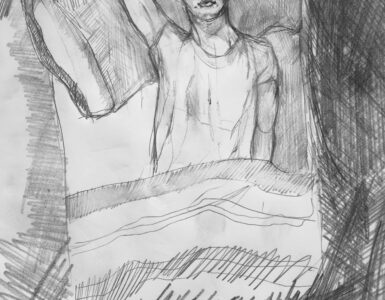 Isolation makes me think of the pandemic. I think of feeling alone and how days turned into nights and then back again. Immediately I associate isolation with a deep and profound loneliness, or something synonymous with...