Spurred by the need for some kind of normalcy and a yearning for quality time with friends displaced by thousands of miles, I found myself a part of a Zoom book club. Book club life has brought so much light into what has been an otherwise dark time. For months, my friends and I have met each week to discuss not only our current shared book, but also our thoughts and musings as 21st century social experiments. In our little moments together, it can feel as though we’ve cracked plenty of codes, while at the same time discovering there are mountains more that lie ahead.

Perhaps the most recent, and arguably most timely one, was something unearthed in our reading of In the Dream House by Carmen Maria Machado. Machado’s words navigate the worst kind of love: one that turns abusive. In her recounting of her own experience, one sees first hand not only how damaging emotional and psychological trauma can be, but also how isolating that experience can be for those who identify as queer. Historically, and still today, society is biased towards the idea that queerness somehow negates the ability to be subject to abuse at the hands of one’s partner. This is especially true for lesbian relationships, where it is debated whether it is possible for a woman to take on what is assumed to be the “male role” of being the abuser. It’s not rocket science: abuse is abuse. Nonetheless, court systems continue to fail to protect the abused, like in the case of Debra Reid, a Black woman who went to jail for defending herself against her abusive partner, while straight, white women who did the same walked free.

In the spirit of Valentine’s Day, no matter how unfestive I might be, I don’t wish to focus on abusive relationships. There was actually another part of Carmen Maria Machado’s book that stood out to me: the often undiscussed love affair of Eleanor Roosevelt and Lorena Hickok. As readers, we are introduced to this bombshell as Machado discusses the concept of archives. Much of what remains of history is what those who came before us allowed to survive. Each person has the power to discern what is deemed important enough to be archived, and likewise what is destroyed, with subsequent lessons and truths along with it.

We know of Roosevelt and Hickok’s relationship today because of boxes of letters that the Franklin D. Roosevelt Library uncovered in 1978. These letters are only a piece of the story, as Hickok is reported to have demolished any evidence of some of their more explicit words to each other. Upon learning about this history, a mix of emotions seemed to flood over me. Firstly, this seems like something that should have been brought up much earlier. Given all the times we were force fed information about historical figures, I can’t help but feel this omission is targeted.

Thus, came along the second wave: grief. Grief for the stories that will never be told, and the voices that historians and even the speakers themselves have silenced for fear of backlash or “brainwashing” of the youths. Queerness, contrary to what some choose to believe, has been in existence for eons. Erasure and untruthful storytelling has led many to think otherwise, for the sake of adhering to such frivolous things as “societal ideals.” In fact, after Roosevelt’s death, it was reported that the relationship she had with Hickok was simply a friendship. How many friends send each other daily handwritten letters for 30 years? I’ll wait.

Glazing over the obvious ethical questions of privacy, reading a selection of these letters felt like a piece of history righting itself; erasure being erased. Here’s an excerpt written by Hickok:

I’ve been trying to bring back your face — to remember just how you look. Funny how even the dearest face will fade away in time. Most clearly I remember your eyes, with a kind of teasing smile in them, and the feeling of that soft spot just north-east of the corner of your mouth against my lips.

Historically speaking, some of our greatest writers, artists, and free-thinkers lived lives outside of heteronormativity. It is simply gut wrenching that even today we continue to be misled to believe otherwise. I’ll dare to say that some of the most incredible love stories are (or were) queer, but it’s unlikely we will ever uncover them because of archivists with hidden agendas and misguided concerns.

It is crucial that these stories are shared, and that as curators of our own archives, no matter the subject, we lay out our truths in barenakedness. Hear me out: Queer love is not taboo. It should be just as much a part of our conceptualization of what love can and does look like. Hopefully, the day we can fully accept this fact is also the day that we can begin to see queer relationships outside of a heteronormative lens. Perhaps then, victims of abuse will finally get the justice they deserve, in a society that supposedly believes battered women—only when they’re battered by straight men.

As I think of Valentine’s Day, and what it means to be loved and to love, I am thinking of all love: one love. I am thinking of those that feel filled to the brim with love, those that have had to hide their love, those that have been hurt by love, and those still hoping to find love. More importantly, looking at the queer love stories we do have access to, even if only for one moment, I hope you find some bit of love through the words that were able to survive. There is so much power in knowing they did so, in spite of a society that wanted to see them die.

Always remember, even through concrete, flowers can (and will) grow.

Isolation makes me think of the pandemic. I think of feeling alone and how days turned into nights and then back again. Immediately I associate isolation with a deep and profound loneliness, or something synonymous with... 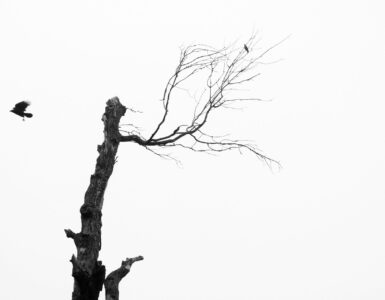 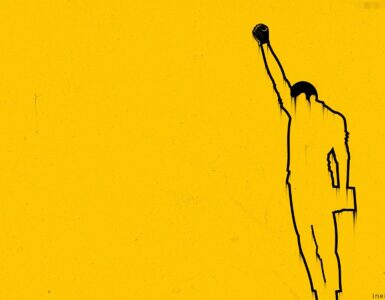 “It’s not a moment, it’s a movement.” – Quimaya Sewell On June 19th, African American communities around the country celebrate a holiday known as ‘Juneteenth’. This day commemorates the freeing of the last known...